I Used To Be Famous on Netflix: Is it based on a true story?

We dissect whether I Used To Be Famous is based on a true story as the film arrives on Netflix. 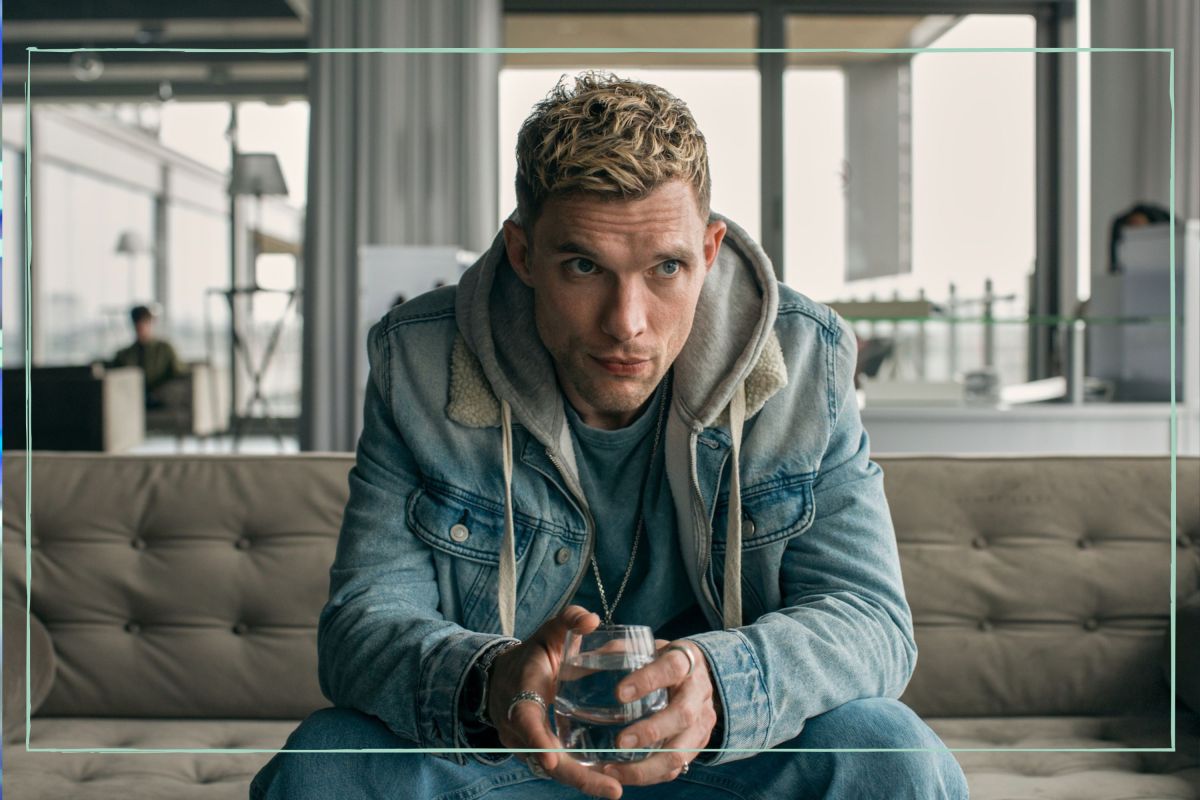 Sign up to the GoodTo Newsletter. You can unsubscribe at any time. For more information about how to do this, and how we hold your data, please see our privacy policy

Thank you for signing up to . You will receive a verification email shortly.

There was a problem. Please refresh the page and try again.

A washed up former boyband heartthrob meets a young autistic drumming prodigy in this heartwarming tale.

Netflix is bringing a moving tale to its catalogue of films, guaranteed to warm hearts as outside temperatures plummet and autumn approaches. From September 16, viewers can grab some popcorn and get comfy for I Used To Be Famous. The film charts the tale of washed up former boyband hottie Vince, as he navigates a life of obscurity. When he meets a neurodiverse young prodigy, he realises things about himself and comes face-to-face with feelings he’s kept buried. This film will bring nostalgia for those who remember the biggest noughties boybands –  while shining a light on neurodiversity and banging out some tunes penned by London Grammar. But is it based on a true story, and has it been adapted from other source material? Read on to find out.

For more touching Netflix content, romantic comedy Look Both Ways (opens in new tab) took protagonist Natalie’s life in two very different directions – but which one was reality? Purple Hearts based on (opens in new tab) a book of the same name, stormed the streamer’s top 10 over the summer, bringing stirring romance and nail biting drama in equal measure. The Blonde film release date (opens in new tab) on Netflix is confirmed – Ana de Armas as Marilyn Monroe received a 14-minute standing ovation at the film’s premiere at the Venice Film Festival recently.

The official synopsis for the film reads: “A former boy band star unexpectedly gets a second shot at success when he forms a bond with a gifted young drummer.” That’s the film in a very condensed nutshell, but let’s delve a bit deeper into that.

According to The Guardian (opens in new tab), a pre-credit sequence at the beginning of the action shows main character Vince – and the other 3 members of his band Stereo Dream – in their final gig following a hugely successful career. Moving forward 20 years, Vince lives in obscurity in Peckham. Former bandmate Austin, showcases life on the other end of the spectrum, having successfully forged a solo career that he’s only just retiring from.

Vince is casually performing in a market square when he meets autistic teenager Stevie – who also happens to be a drumming prodigy. The two have an impromptu jam session on a city bench, where Stevie’s talents impress Vince and remind him of the brother he lost. When the footage is captured on camera and goes viral, Vince’s efforts to convince Stevie to form a band with him are hindered by Stevie’s overprotective mother Amber. She refuses to believe her son can cope with the stress and noise of performing to a crowd.

It’s Vince however, who suffers a meltdown when a comment from a heckler triggers something inside him at their first gig. The unfolding story is said to be gritty but big-hearted, with the relationship between the two leads bringing some excellent chemistry. While pushing neurodiversity into the spotlight with Leo Long as Stevie being autistic in real life, the film also highlights what can really happen when a thriving career in a volatile industry fades to nothing.

I Used To Be Famous isn’t based on a true story, but the character of Stevie is inspired by director Eddie Sternberg’s cousin, Saul Zur-Szpiro. Saul is autistic and used drumming to help him overcome difficulties he had with fear of leaving the house, and crowds.

Speaking to Variety (opens in new tab), Sternberg described how Saul’s loving and musical family encouraged him to take up drumming. When it became clear he had a natural talent for the instrument, he formed the band The AutistiX (opens in new tab), with the majority of members being autistic. After building a solid following, the band went on tour and were eventually invited to perform at a charity event. Singer Tom Jones happened to be in the audience, and joined them on stage.

Read our latest blog on The AutistiX website about our unique drummer Saul! https://t.co/IcNE0qcAgFSeptember 14, 2022

Sternberg said “That story, for me, just showed the literal power of music. By picking up drumsticks, Saul – who was agoraphobic, didn’t like going out, didn’t like crowds – suddenly, through music got this power to perform in front of 1,000 people”. He continued “It gives me shivers talking about it. So I thought that was music in its purest form. When you watch Saul perform, it’s just pure enjoyment, there’s no ego attached to it. Whereas with Vince, it’s all ego, and it’s all manufactured”.

I Used To Be Famous is adapted from Eddie Sternberg’s award winning 2015 short film of the same name. The short film won multiple awards when it showed across British film festivals at the time it was made.

The 2015 version had a different cast, with Tom Bacon as Vince, Byron Konizi as Stevie, and Naomi Ackie as Amber. It had always been Sternberg’s dream to turn the short into a full-length feature film. Posting to Twitter to thank those involved in bringing his dreams to life, he said “back in 2015 we had our cast, crew, family and friends screening of the short film. Fast forward 7 years (to the day!) and I can’t quite believe we are here, but this time in a jam-packed Leicester Square VUE for our Netflix feature film #IUsedToBeFamous”.

He wanted to ensure careful representation of the lived autistic experience, telling The Guardian “I think it’s important that neurodivergent people see a reflection of themselves authentically on screen”, and working closely with the National Autistic Society (opens in new tab) – sending scripts of the screenplay to ensure accuracy. The role of Stevie was also only open to neurodiverse actors and musicians, with Sternberg adding “But I was quite confident that we would find the right person who is neurodivergent. There’s plenty of neurodivergent and autistic actors – actors who have not had opportunities in the past”.

Ed Skrein who plays Vince, spoke to The Guardian about where he drew inspiration for the role. He began rapping in his early 20s, with dreams of becoming an underground sensation. Realising there was no money in his chosen career, he left it behind and took jobs including becoming a swim instructor at his local sports centre. he said this caused him to feel “the crushing feeling of not achieving what you had projected to the world that you were gonna do”.

Even though he later successfully broke into the acting industry, he can still relate to Vince’s feelings. He said “I remember that time for myself. A lot of my peers didn’t achieve, didn’t buy houses and cars. So, when you talk about drawing on these experiences, yeah”.

Kevin Maher from The Times (opens in new tab) offered the film 3/5. He said “The narrative structure is whoppingly predictable, yet the journey is sweetly handled, and the performances deeply likeable”.

Jon O’Brien from TechRadar (opens in new tab) was extremely taken with the film, offering 4/5. His view was “A heartfelt, tender and delicate drama, which manages to rise above the potential to become too Hallmarky and work as a emotionally-charged drama”.

On Twitter (opens in new tab), writer Ricjie Conroy said “Fantastic evening at the Irish premiere of ‘I used to be famous’ which is on NetflixUK from Friday. It is a lovely heartwarming film about friendship and music. Great discussion afterwards with Gar (IFTA) and the filmmakers Ediie Sternberg and Collie McCarthy”.

Video of the Week

Lucy is a multi-award nominated writer and blogger with six years’ experience writing about entertainment, parenting and family life. Lucy has contributed content to PopSugar and moms.com. In the last three years, she has transformed her passion for streaming countless hours of television into specialising in entertainment writing. There is now nothing she loves more than watching the best shows on television and telling you why you should watch them.

This Morning has issued a statement on behalf of the presenters

Take a look Inside the World’s Toughest Prisons as Season 6 hits screens on Netflix.

The Hocus Pocus 2 release date is here and we take a look at the official trailer cast and other exciting details you need to know about Halloween’s most anticipated film.

As the BBC show returns for season two fans are wondering is The Capture based on a true story and how did season one end.

We break down that finale, with our The Capture season 2: Ending explained piece – plus what we know of a season 3.

Whilst The Handmaid’s Tale season 5 release date in the US has been confirmed, viewers in the UK are eager for information on when it will air, plus cast and plot details

Missing children and mysterious deaths – many want to know where Lori Vallow Daybell is now, as her story gets told in new Netflix documentary Sins of our Mother.

Inside Man lands on BBC this September featuring an all-star cast. We’ve got the lowdown of plot details and first look images of the crime drama

The latest Out Now Peckhamplex blockbusters and 3D film releases, with cheap tickets all day. 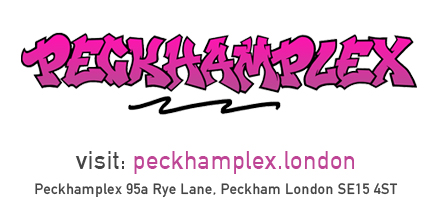 Both Sides Of The Blade

In From The Side

Minions: The Rise of Gru

See How They Run

Tad The Lost Explorer And The Curse Of The Mummy

peckhamplex , peckham plex , peckham , cinema , cinemas , films , film , trailers , trailer , london , cinemas london , peckham cinemas , Films Out Now , Out Now , show listings , movies out now , Beast , Both Sides Of The Blade , Clerks III , Funny Pages , Hatching , In From The Side , Lightyear , Minions: The Rise of Gru , Nope , See How They Run , Sonic the Hedgehog 2 , Super Pets , Tad The Lost Explorer And The Curse Of The Mummy , Ticket to Paradise